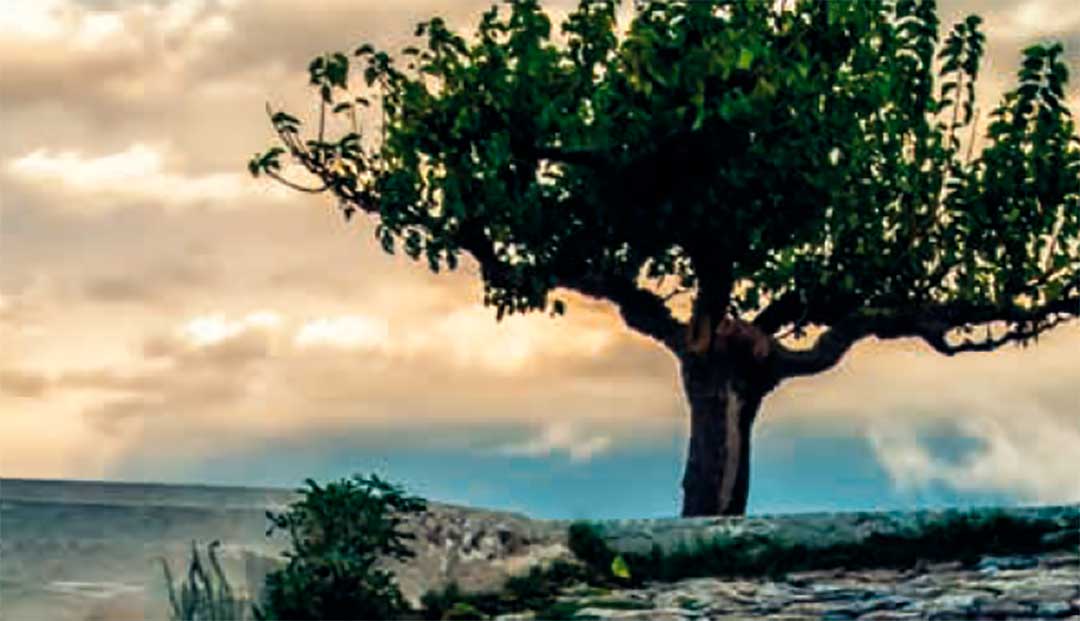 I remember as if it were yesterday the day I arrived for the fi rst time in Alonnisos, coming from Skopelos on a little excursion caïque.

It was in the 1980s, and I’d been really impressed by the peerless natural beauty and the air of profound peacefulness the landscape breathed.

The heights of its hills gazed from a poetic distance over the Aegean, and the little islets all around glittered like precious stones in the scattered sunlight. Everything had the charm of the unknown; of the fi rst contact  with the composer of a harmonic, melodic symphony. The island’s harbour, built on the primordial rocks scattered within the arms of a little bay, was refl ected in the purest waters and embraced the visitor, hospitably and optimistically winking at him. The place felt familiar, as if it had been with me for ages, especially when I walked through the picturesque deserted Chora 1. Really it seemed uninhabited, and it probably was in some ways, as I found out later. The impression was of an old photograph, diff used with the colours of desertion, and with a background of the old ways of life, suddenly leﬅ off … in the middle.
Imbued architecturally with aged stone memories, it breathes the magic of a forgotten fairy-tale; island tradition has it that witches walk the cobbled streets. The legends, and the old stories, give a nostalgic touch to every corner
of this traditional emotion.

But Alonnisos literally possessed me chiefl y through the walks which a real traveller can take. Ways that lead to beautiful beaches or some unexpected landscape, fragrant with sea air and aromatic plants.
A treasure, far removed from all material vanities, which are at once rendered worthless by the infi nity of the ocean that meets our gaze. A real, meaningful journey that strips us of the weariness of pointless vanities. Picturesque little houses are set in the deep green landscape, gazing at the distant archipelago, while our footsteps lead us into their aura.
Seek out, then, within your own internal depths the endless beauties of the island; not just for aesthetic pleasure, but also for local tastes, like an intoxicating blend, leﬅ for many years like a fi ne old wine in the best-kept cellar…
That year I understood what Dostoevsky meant when he said… «Beauty will save the world.» 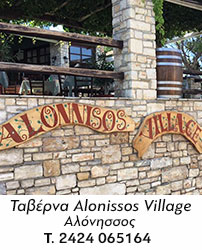 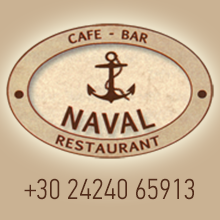 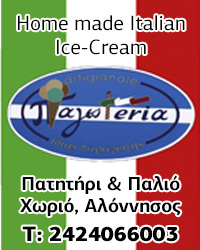 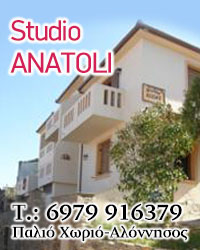 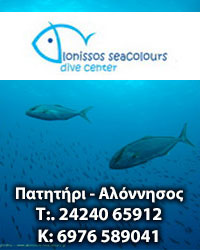